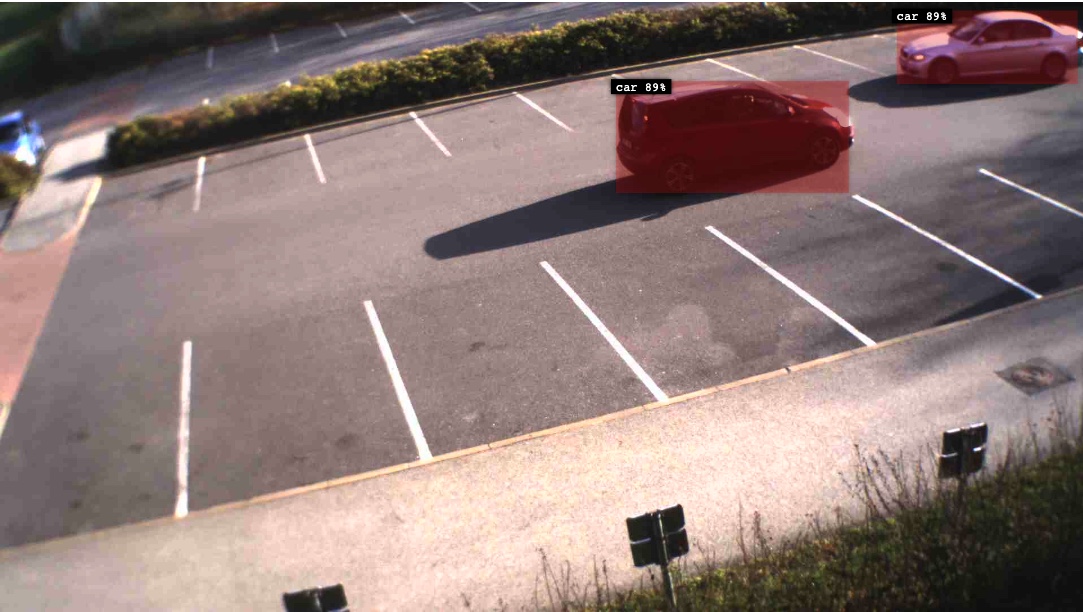 Object detection in the security industry

Reconeyez system uses object detection technology to detect the presence of persons and vehicles on alarm photos and to filter out false alarms. Reconeyez deep learning algorithms filter out 95% of false alarms in urban environments on average. By supporting additional features such as Define alarm area on photo and arming Schedules for devices, Reconeyez provides monitoring stations the tools to improve alarm monitoring efficiency and performance.

The main goal  of object detection is to identify and visually mark the objects on alarm photos (Auto alarms and Auto dismissed). In the security industry object detection helps to detect unwanted human intruders or cars, monitor environmental changes and track fly-tipping.

There are 4 possible results for the object detection:

All of the 4 outcomes listed above have different business values. Let’s continue with the analogy of the algorithm that is trying to identify persons in the alarm photo. Under ideal circumstances the object detection algorithm will detect all alarms with persons on the photos as Auto alarms and all alarms with no persons on the photos as Auto dismissed.

Define alarm area on photo feature allows to determine an area of interest on the given detector’s alarm photo. This defined area will cause the object detection algorithm to only detect objects  from inside this area and ignore all objects from outside of this area. This handy tool will allow to ignore parts of the alarm photo, where there is constant movement, eg. a busy street or a parking lot in the background. 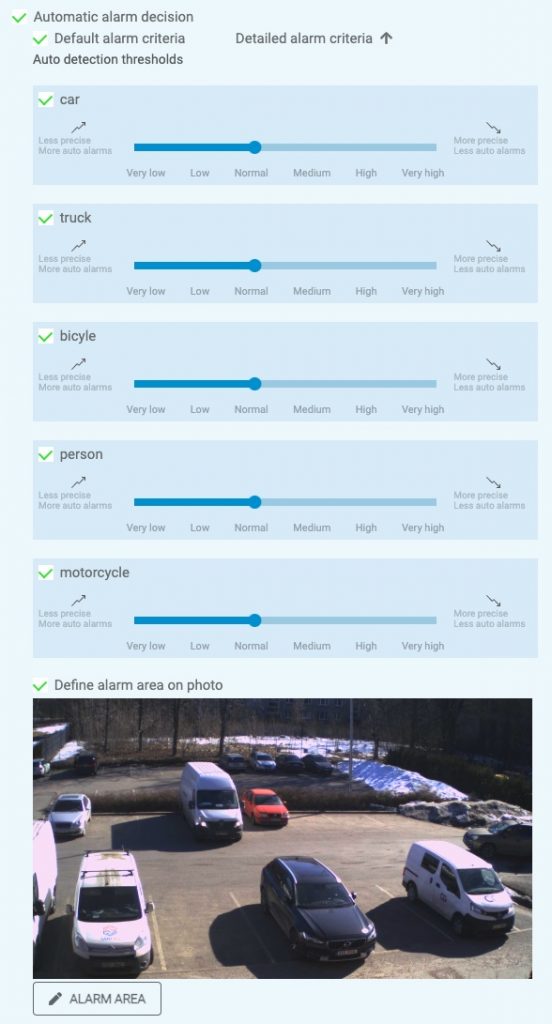 Other tips how to avoid false alarms

There are several other ways to avoid false alarms from detectors and bridges. The Object Detection algorithm helps to filter out alarms without any detected objects on them and save time and cost of monitoring. However it is also possible to improve alarm efficiency by correct installation and troubleshooting.

During installation it is advised to observe the immediate area in front of the detector for potentially moving objects that can trigger the motion (PIR) sensor. Most such objects, eg. plants, thrash, plastic covers will not cause false alarms unless there is wind. Removing objects potentially moving in the wind from detector trigger areas is a priceless investment into reducing the number of false alarms.

The same applies for false tamper alarms that are usually caused by incorrectly fastened devices. During installation make sure to choose stable installation surfaces that is not moving in case of wind. Also take care to fasten Reconeyez devices firmly so devices would not move or vibrate in the wind. In areas where heavy machinery is used it is advised to reduce tamper sensitivity in advance.

In case a detector starts triggering motion alarms non-stop and there is nothing on alarm photos, then there are usually two potential causes. The first one being a small “blind zone” straight under the detector covered by the motion sensor, but not the camera view. This can be checked on the spot visually or remotely by comparing adjacent alarm photos – on night photos the IR flash reflecting from the moving object can reveal the moving object under the detector. The second cause can be humidity inside the detector that is short-circuiting the motion sensor causing constant alarm triggers. This can be verified by visually observing the device for signs of humidity inside the enclosure and prevented by fastening batteries correctly and visually checking detector enclosure for damage.

We are sending monthly update about our product and services. If you would like to learn more about us please sign up.

Triin is the Product Manager on the Reconeyez Cloud team. She joined Reconeyez in early 2021 to build a customer-centric, data-driven product culture. She likes to build products and improve them.

A letter to (urban) Reconeyez installers

Reconeyez has launched the new Cloud

Interview with Gary Frith: “Not many can say that their devices are used and trusted by the military!”